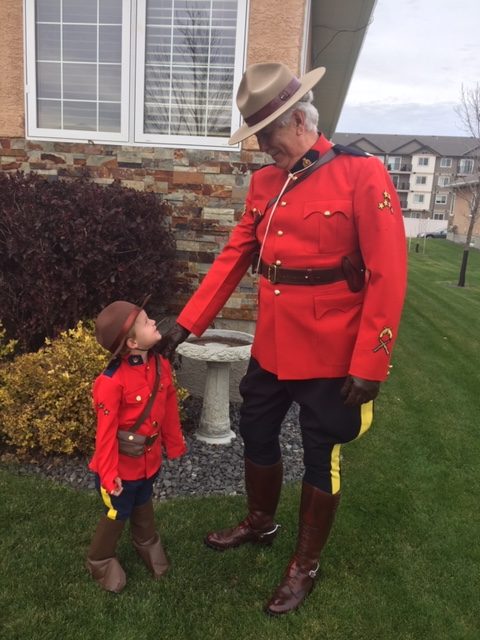 Note:  The Union Jack raised at the original signing of Treaty #6 in 1876, was flown again, at the 100th Anniversary Games.

Fifth Posting: Weyburn Highway Patrol September 1976 to October 1979
Worked under Cst. Ole Larsen on Patrol (Larsen, who became one of my best friends, was shot in Climax, Saskatchewan in August 1983 – he was one of the best policemen with whom I worked during my 30 year career.)
Highlights:

Making Winners out of potential Losers.

Retired on January 22, 2004 after 30 years 104 days. 30+ years was a great experience with many wonderful memories and cherished friendships.

Between 2006 and 2014 taught 33 Private Investigators and Security Guard Courses.

Qualified as an Expert Witness in Traffic Collision Reconstruction. (110 times).

Co-Chair of volunteer Security at the:

Chair-person of volunteer Security at the: