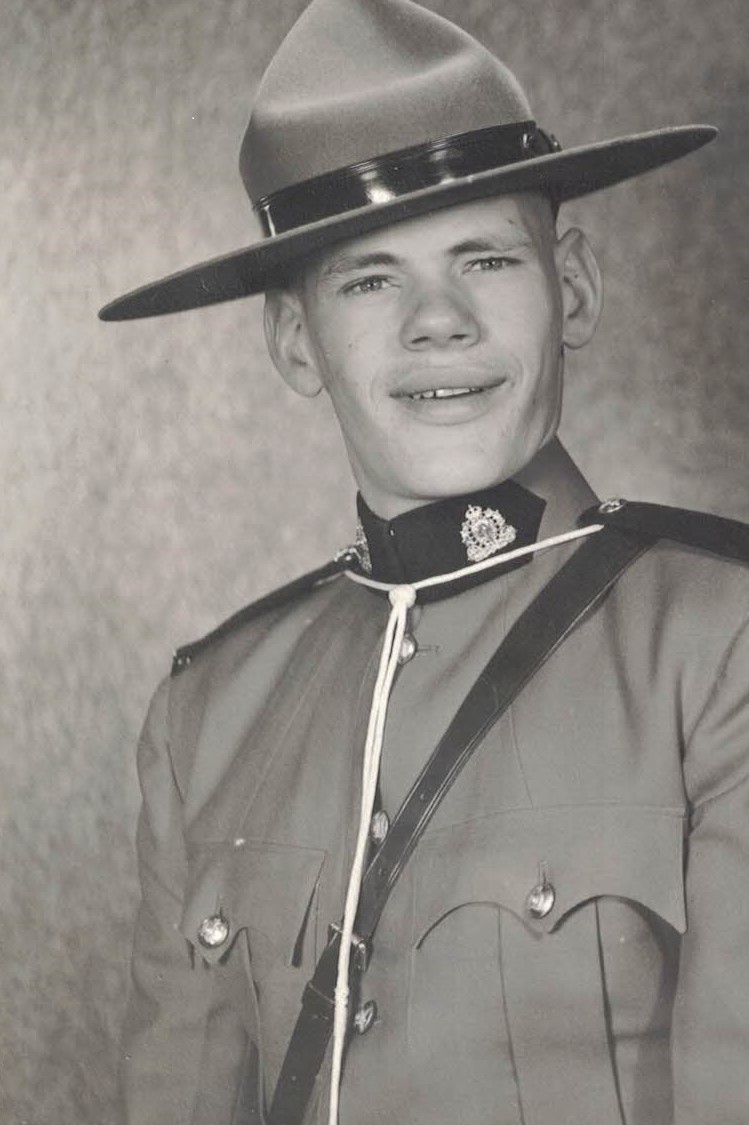 MY LIFE IN THE R.C.M.P.
I joined the RCMP in January of 1956. In those days young men signed as members before they started training and that’s what happened to me and the two other boys who accompanied me to Regina for recruit training. They were Andre Marsan a francophone who didn’t speak much English and Norm Wray who was quite bilingual. We left Montreal on a nice warm day during the annual January thaw and arrived in Regina two days later at about 3:00 a.m. to temperatures of -40 degrees. What a shock!

That first night was horrible. We were housed in a quonset hut that had been condemned 10 years earlier. It was a long room with 16 beds on each side. There were only 7 or 8 others in the room when we arrived and they were asleep so we picked an empty bed with no blankets and shivered the rest of the night, waiting for morning.

At 6:00 a.m. we started our first day of training, although it wasn’t really official because we didn’t have a full troop yet. Boys continued to arrive over the next 5 days and finally we were, “squaded”, which meant we were an official troop; “A” Troop to be precise.

The program was specifically designed to convert boys into men and prepare them for a life of law enforcement. Our average age was about 22 and we were hot to trot.

Training was a great, life changing experience. It was hard, but not without it’s rewarding moments. Highlights for me were:

During training I learned to drive, achieved my Award of Merit in Life Saving, became a First Aid Instructor and developed an interest in martial arts which eventually led to a 20 year career in Judo fighting, which I consider my 3rd career. When graduation rolled around we left Depot and went our separate way, never to meet again until our first reunion 25 years later.

I didn’t have any specific ambitions when I joined the Force but quickly learned it was a very competitive organization with an abundance of quality people, all of them looking to get promoted. After serving several years on Customs & Excise, Income Tax and General Investigations, I was transferred to Security Service to keep tabs on the Communist movement in Canada. Then I spent a short period surveilling the separatist movement which was gaining momentum and in 1965 transferred to the Staffing Branch in Ottawa where I received my first promotion to Corporal.

That move to Ottawa was the first of seven inter-provincial transfers during my 35 year career. The longest I remained in one posting was from 1974 to 1983 in the Training Branch in Ottawa. In 1968 we moved to Halifax where I recruited for 3 years, then to Regina where I interviewed recruits to determine their posting after graduation, then back to Ottawa in the Training Branch after receiving a Queen’s Commission and promoted to the officer ranks. I remained in Ottawa  until 1983 when I was promoted to Superintendent and posted to Regina as Training Officer at Depot Division where I remained until 1987.

My final posting was to the, “Organization & Classification Branch”, in Ottawa where I retired the following year. Over the years I experienced many highlights; here are just a few.

1956: Receiving my acceptance letter and being sworn in.
1956: Graduation from training.
1966: First promotion to Corporal
1967: Guarding the Queen during Canada’s Centennial
1968: Promotion to Sergeant

1974: Receiving a Queen’s Commission – promoted to Inspector
1982: Conducting a police training study in Tanzania.
1983: I was appointed Training Officer at Depot Division, the recruit training center for Canada. These were the best 4 years of my RCMP career. It was a great environment in which to work, the staff was superb in every respect and it was a vigorous and motivating assignment.

1984: Promoted to Superintendent.
1986: As Training Officer, presenting daughter Karen with her graduation badge.

Following that posting I spent my final year in Ottawa before retiring to pension. On retiring, we decided to move back to Regina where I still reside. 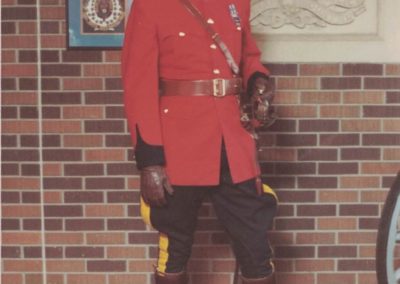 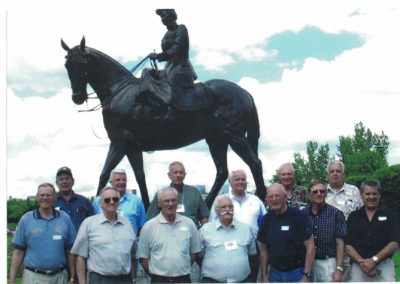 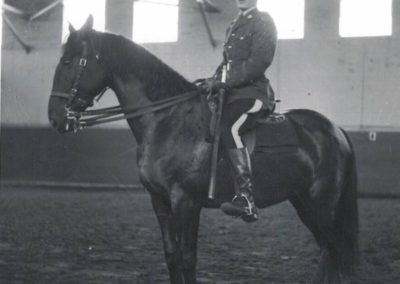 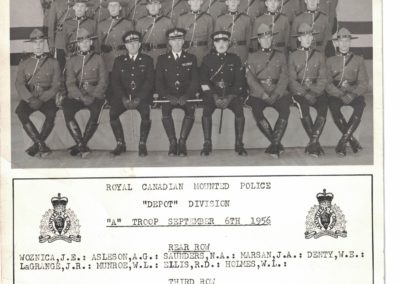 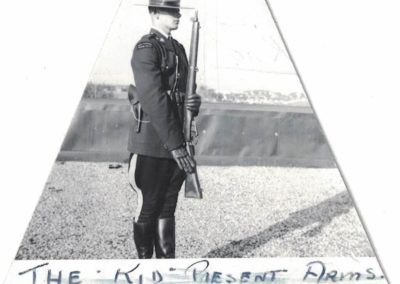 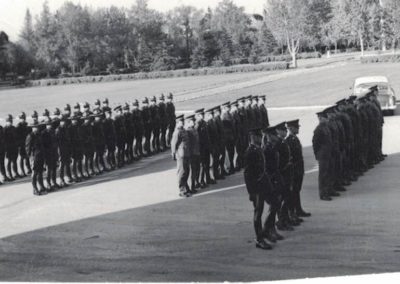 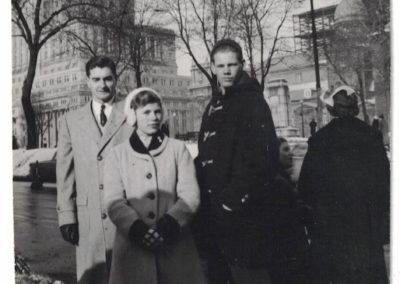