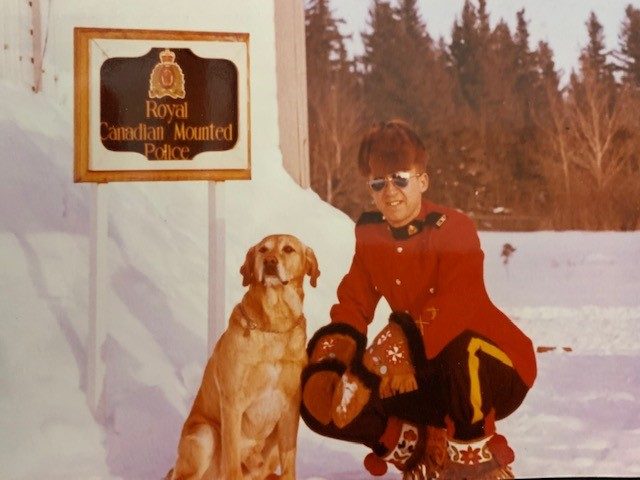 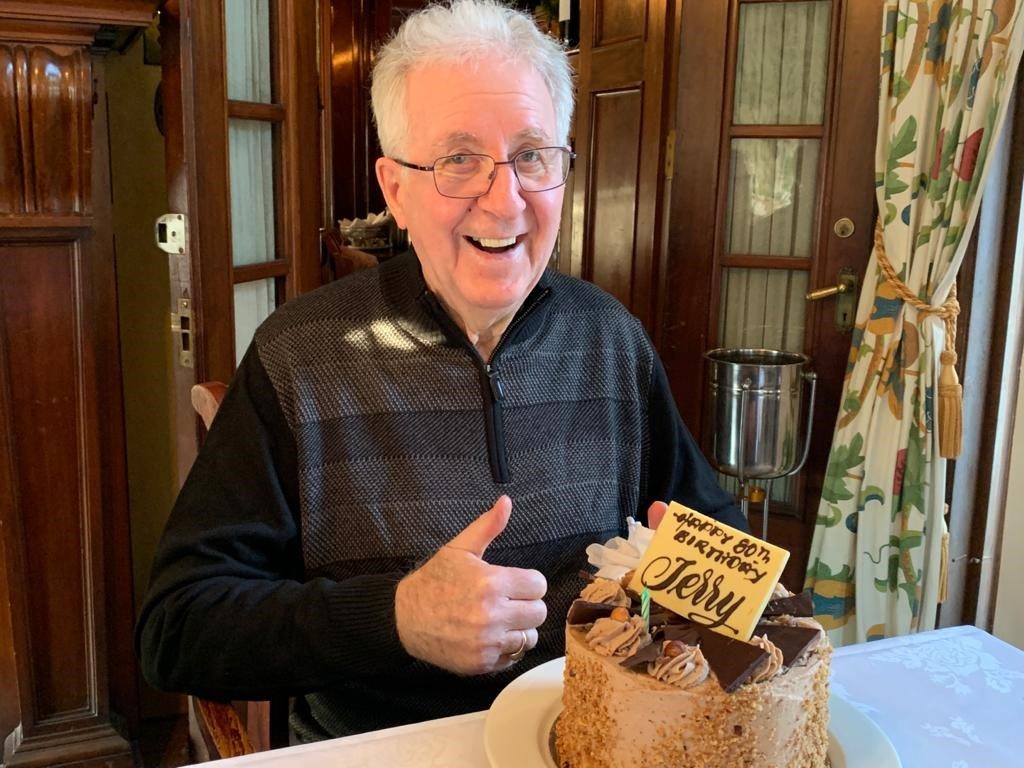 Jerry Wayne Anderson was born in Goderich, ON, on December 31, 1939.  His parents, Norval and Ruth Anderson, and his sister, Shirley Halozan, were very proud to see Jerry be selected to join the RCMP in 1960.  On April 8, 1960, Jerry joined the RCMP out of “O” Division and commenced training in Ottawa, ON.  Jerry thoroughly enjoyed training, in particular the equestrian aspects of Depot.  Upon graduating, Jerry was posted to “D” Division in January, 1961.

In 1968, while stationed in Winnipeg, Jerry met Rose Clegg and they married on April 5, 1969.  Two children would follow, Lisa in 1972 and Mark in 1974.  Lisa is currently a school teacher in Manitoba and is married to Cpl. Jason Yaskiw who is an RCMP member in “D” Division.  Mark followed in Jerry’s footsteps and joined the RCMP in 1996 and is currently a Commissioned Officer at the rank of Inspector and posted in “D” Division where he lives with his partner Laura in Winnipeg.  Rose and Jerry celebrated their 50th Wedding Anniversary on April 5, 2019, and got together with friends and family to celebrate at the NCO’s Mess at “D” Division HQ.  It was a tremendous afternoon and appropriate that the celebration occurred at “D” Division HQ, as the RCMP was inter-woven           in Jerry and his family’s life for many years.  Jerry and Rose’s grand-daughters, Krista, Addison, and Rylynn, were all present and have always been the apple of their grandparents’ eyes.

Rose and Jerry had many adventures throughout Manitoba and into northwestern Ontario (i.e. Kenora) during Jerry’s time in the Force.  From 1969 onward, Rose was always by Jerry’s side and supporting him in the various moves that they made as a couple.  Jerry and Rose made so many wonderful friends throughout Manitoba and beyond during Jerry’s career in the Force.  After Jerry retired in 1985, he became an active member of the “D” Division Veteran’s Association and Rose participated in many events as well.  To say Jerry was a proud member of the RCMP, continuing in his retirement as well, would be a considerable understatement.

During Jerry and Rose’s adventures in the RCMP, Jerry became a very avid photographer, particularly during their time spent in Churchill, MB, where they were posted with the polar bears and other arctic wildlife.  Jerry took a very active interest in the majestic polar bears and this interest stayed with him throughout the rest of his career and retirement years as well.  In fact, once Jerry retired from TD Bank in 2000, he began doing guided toured as a tour guide for Frontiers North, who took people from all over the world for guided trips to Churchill every fall.  Jerry definitely enjoyed his time working for Frontiers North and getting to know people from various countries, while passing on his knowledge of the landscape in and around Churchill and nearby Hudson’s Bay.  Jerry did guided tours to Churchill for approximately a decade.

Around this same time, Jerry was diagnosed with Parkinson’s Disease in the summer of 2010.  Needless to say, this threw Jerry a curveball, but just as he always did throughout his career in the Force and in his retirement, he pushed forward with a positive attitude.  Jerry became very involved with fundraising efforts for the Parkinson’s Society of Manitoba.  Furthermore, Jerry was a proud and active member of the Rock Steady Parkinson’s Boxing Program based out of Winnipeg.  Even after his Parkinson’s diagnosis, Rose and Jerry continued to travel throughout the world and made the most out of their loving life together.

On June 24, 2020, Jerry passed away after suffering a brain bleed that was a complication related to his Parkinson’s Disease.  A truly wonderful Celebration of Life was held in Winnipeg and some very touching words were said by family and friends, including retired members of the RCMP who were in attendance.

It’s quite often said that the RCMP really is one big family.  The RCMP most certainly was an amazing family for Jerry and Rose both during his career and in his retirement from the Force as well and has proven to be a continued source of support for Rose after Jerry’s passing.  Furthermore, with Mark along with Lisa’s spouse, Jason, in the Force, the RCMP has certainly been a family affair for Jerry’s family.

A Limb Has Fallen (Author Unknown)

A limb has fallen from the family tree.

I keep hearing a voice that says, “Grieve not for me.”

Remember the best time, the laughter, the song.

The good life I lived while I was strong.

Continue my heritage, I’m counting on you.

Keep smiling and surely the sun will shine through.

My mind is at ease, my soul is at rest.

Remembering all, how I truly was blessed.

Continue traditions, no matter how small.

Go on with your life, don’t worry about falls.

I miss you all dearly, so keep up your chin.

Until the day comes we’re together again.