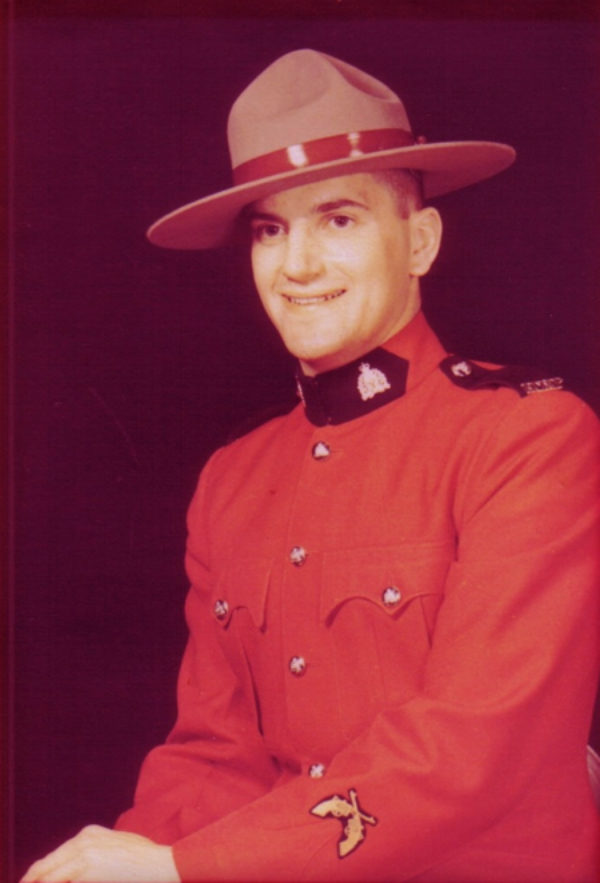 My brother D.R. (Randy) Davis, from Digby, Nova Scotia served in the RCMP from Nov. 4, 1970, to Nov. 26, 1984. All of his postings were served in the Atlantic Provinces: “B”, “L” and “H” Divisions. Randy graduated from “Depot” Division on May 25, 1971. His first posting was to Port Saunders, a very small detachment serving a large rural area along the northwest peninsula of Newfoundland. Thereafter he was transferred to Goose Bay, Labrador. Subsequently, he moved back to Newfoundland, to Corner Brook, where he served in both the city detachment and highway patrol. While there he was part of the SWAT or special tactics team. He also served as security for the visit by Queen Elizabeth II to Corner Brook in 1978. Working his way back closer to home, he moved to Charlottetown, Prince Edward Island, rural detachment. Randy, with his family, finally returned to Nova Scotia when transferred to Sheet Harbour, another small rural detachment serving a large area along the province's eastern shore. His final transfer was to Yarmouth, Nova Scotia. While there he provided security during Pope John Paul II's visit to Halifax in September 1984. That fall, after fourteen years of service and seeing his family moved so many times from location to location and house to house, he chose to leave the force and settle into Yarmouth, an area of Nova Scotia that he loved and knew so well, close to family and friends. Randy passed away from cancer in July 2007 and now rests alongside his family in his birthplace, Smiths Cove, just outside of Digby.